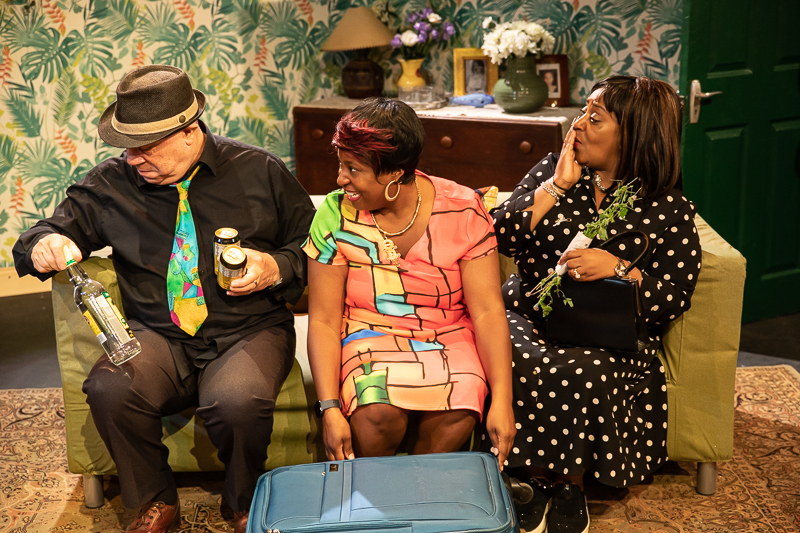 When Gloria’s time comes, the traditional Nine Night rituals begins. With food, drinks, music, laughter and memories, the people in her life come together across generations and continents to celebrate her. But nine nights of party don’t ease the complexities of this family’s dynamics.

Natasha Gordon’s debut play has been described as “a touching and very funny exploration of the rituals of family.” Intrinsically specific in its cultural references to Jamaican traditions, it touches on universal experiences of families dealing with death and talks about grief, love, exposed secrets and greed. Nine Night is also a play about migrants’ eternal struggle to define themselves.

It enjoyed a stunning sold-out run at the National Theatre in April 2018 before transferring to Trafalgar Studios, making Natasha Gordon the first black British female playwright to be produced in the West End.

This remount directed by Emilia run to full houses at Tower Theatre in June 2022.